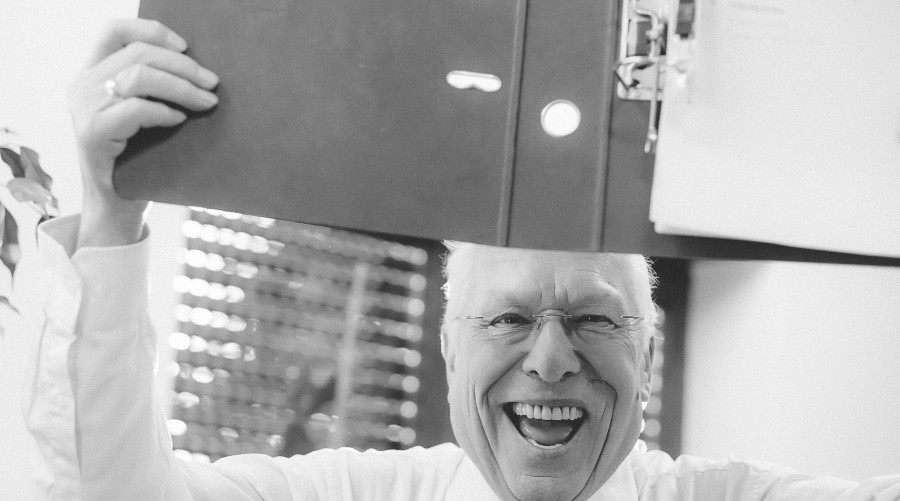 “We want to be specialists in a new kind of packaging. Our materials shall be sourced from nature,” noted Helmut Meininger on 15th July, 1991. Two years later, motivated by the seaweed plague in the Adriatic Sea ...

“We want to be specialists in a new kind of packaging. Our materials shall be sourced from nature,” noted Helmut Meininger on 15th July, 1991. Two years later, motivated by the seaweed plague in the Adriatic Sea, the VPZ Verpackungszentrum launched their first research project, “Deriving Foam from Seaweed”, in association with Graz University of Technology. This was 3 years before the first major garbage patch was discovered in the Pacific. VPZ Verpackungszentrum was founded by Helmut Meininger and his daughter, Susanne, in 1982, as a company specialised in packaging solutions for the food industry. As Susanne took over the reins in 1988, the company began to focus on biogenic packaging. Meininger wanted to counteract the soar in packaging resulting from a throwaway society. Born in 1940, he used to collect scrap iron as a child so that he could turn some of his childhood dreams into reality – making his own table tennis bat, for example. He became interested in international trade and began an apprenticeship in transport in 1954. In 1972, he ended up in the packaging sector, where he worked for many years as General Manager for Krenn Verpackungen.

Today, VPZ Verpackungszentrum is recognised as the pioneer in green packaging. The last two decades have seen the launch of two additional research projects: “Organic plastic from agricultural waste” and “Fabric net packaging made from natural fibres”. VPZ works on these projects in close collaboration with universities, engineers and designers. The company achieved a market breakthrough in 2013 with their Packnatur® cellulose net packaging made from Lenzing Modal® cellulose – the first packaging of its kind in the world. The packaging has since been adopted by all leading supermarket chains throughout Austria for their organic fruit and vegetables and is currently conquering the international market. This innovation not only opens up new prospects for packaging solutions, but also brand new opportunities for the textile industry. It has scooped up numerous innovation, business and design awards – most recently the National Champion at the European Business Awards 2016/17 and the Green Packaging Star Award 2017.

We know about five garbage patches in the world's oceans – two in the Pacific, two in the Atlantic and one in the Indian Ocean. The plastic pollution in our oceans is a topic that has started to receive general public attention. Like a seismograph, Helmut Meininger has spent his life observing this evolution and chose to follow the path of responsibility.  His ideas have become alternative solutions that now enjoy international demand. They not only help ensure the commercial growth of VPZ but also the growth of other companies that are linked to VPZ in the value chain.

Sustainable direct mailing: One Packnatur® Pick Pack for every home in Vienna Josefstadt!

A plastic-free future: This is the common goal of our customer BILLA and Josefstadt, the 8th district of Vienna. For this reason, they both wanted to give every resident the possibility to reduce ...

The Green Product Award is the biggest competition in the field of sustainable design products. With the theme of the international design competition being "DO YOU DESIGN THE FUTURE?", the jury set ...